How Long Is Your NFL Survivor Pool Expected To Last?

What are the odds that you will need to survive all the way to the end of the season to win your NFL survivor pool? Here's what to expect based on historical data. 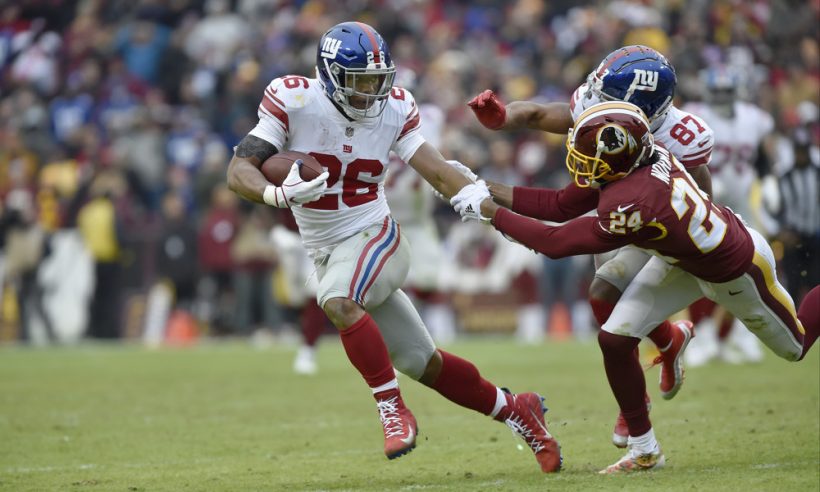 Like Saquon Barkley, you will often need to go on long runs to win a survivor pool (Photo by Icon Sportswire)

What are the chances that you’re going to need to survive until the very end of the season this year to win your NFL survivor pool? What about just until Week 12 or Week 15?

A big reason why our subscribers have reported nearly $3 million in survivor pool winnings since 2017 is because our survivor pick optimization algorithms take into account how long their pools are expected to last.

Armed with that data, you can make the highest expected value decisions when you need to choose between “burning” a great team or saving that team for use in a future week.

This post provides data and guidance to help you understand what your future planning horizon should be.

Due to the nature of survivor pools, there is significant variability in how long a pool lasts in a given year, compared to the longer-term average expectation.

Because of that variability, it’s also helpful to look at the median long term survival rate in addition to the mean average.

The following table, using data from SurvivorGrid.com, shows the general public’s cumulative weekly survival rate in survivor pools by year, from 2011 to 2021.

Here are some observations from the survival rate data:

The median survival rate through 17 weeks has been 0.3% while the mean has been 0.6%. That means somewhere between 3 and 6 entries out of every 1,000 have made it all the way to the end of the year. In 2021 season, the NFL expanded to an 18th week, making the challenge of getting to the end even tougher, and we saw only about 1-in-1000 entries on average making it to the end in 2021.

How Long Is YOUR Survivor Pool Expected To Last?

In other words, on average, 26.8% of survivor entries (a bit more than 1 out of 4) that were alive at the beginning of a given NFL week were eliminated that week.

Based on that statistic, here is how long you should expect your survivor pool to last, based on the total number of entries at the start of the pool.

Expected Length of A Standard-Rules Survivor Pool, By Pool Size

Note: These calculations are based on “standard rules” survivor pools with no buy-backs (which let you re-enter the pool if you get eliminated early), strikes (which let you get one or more picks wrong without being eliminated), or additional complexities like making double picks in later weeks, if you survive that long.

Non-standard rules will impact how long a similar-size survivor contest is expected to last. Buy-backs and strikes, for example, will extend the expected length of a contest.

On the other hand, a requirement that you start picking multiple games later in the year should increase the elimination rate in those weeks, and shorten the expected length of the pool.

The Impact On Survivor Pick Strategy

When you are making your weekly survivor picks this year, make sure you think about how long your pool is expected to last. You’ll probably need to survive longer than you would assume in order to win it.

And if you don’t prepare your survivor house accordingly for the storm ahead, you’re going to have a hard time making it through.

If you’re in an NFL survivor pool, make sure you check out our NFL Survivor Picks. We also provide Football Pick’em Picks and NFL Betting Picks.